Like all projects big and small, the need for change inspired our beginning. In 1689 a royal arms factory was born in Huskvarna, Sweden. Almost two centuries later in 1872, facing declining demand for firearms, the artisans of the factory were inspired to make a more peaceful product—sewing machines. Today, Husqvarna Viking® is a worldwide organization that still designs high-quality sewing machines in Sweden and markets our products to passionate sewers all across the globe.

Husqvarna was founded as a royal arms factory. In the early 1870's, Husqvarna started finding it difficult to get orders for rifles. New manufacturing objects needed to be found. And that is how the arduous work of the little arms factory lead to the position Husqvarna enjoys as one of the world's most prominent sewing machine manufacturers. 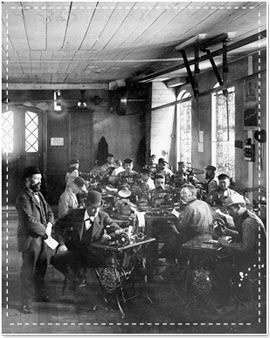 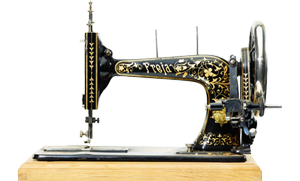 The Freja model was an immediate success. It was capable of sewing stitches in a neat line - something earlier models could not do. This machine was driven by gears, and all small mechanical parts were enclosed. In various guises, the Freja model was manufactured until 1925.

One machine for all

Introduction of the oscillating bobbin - "the sewing machine for families and craftsmen." This dominated the world market for more than 50 years. 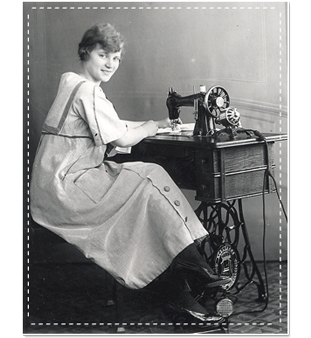 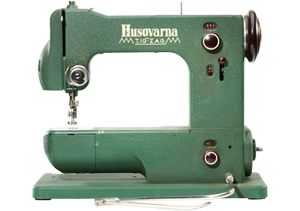 The first free-arm machine was introduced: the Husqvarna Zig-Zag. The free arm offered easy access to tubular areas, while the zig-zag stitch opened the door to many new sewing possibilities. 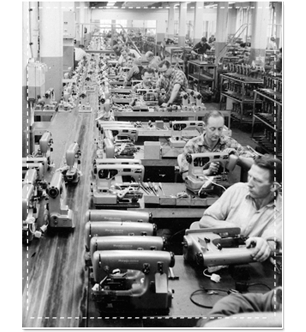 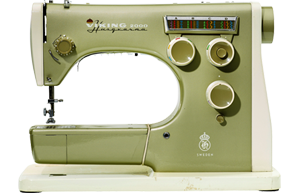 The biggest innovation yet brought the 2000, an easy-to-use machine, with color coded settings and automatic feed for elastic stitches. 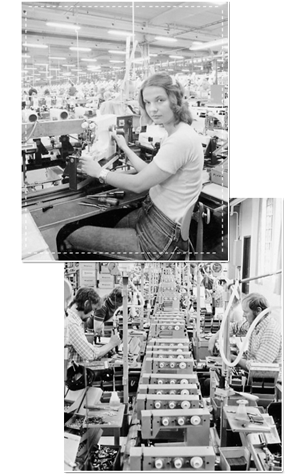 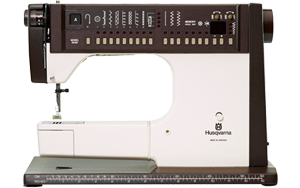 Model 6680, "the computer sewing machine" became a reality. Husqvarna utilized a micro-computer to electronically guide the formation of stitch patterns. 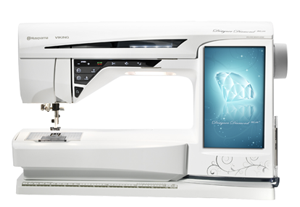 For the DESIGNER DIAMOND deLuxe™ sewing and embroidery machine we set our hearts and minds on fulfilling a challenging task–to sew more beautiful embroidery than ever, even with challenging novelty threads, and with less effort. You have to experience its brilliant convenience and state-of-the-art innovations to grasp what we mean. 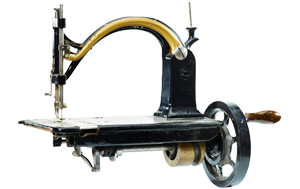 The Board of Directors decided on February 5, 1872 to start manufacturing sewing machines. The first model was given the name "Nordsjernan" (The Northern Star). 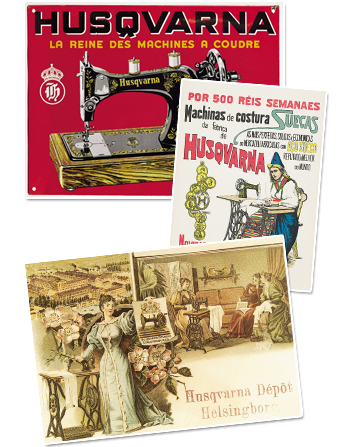 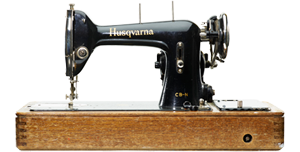 The 30's were characterized by functionality, which contrasted strongly to the earlier ornate styling. The style had become more strict when the first Husqvarna electric sewing machine was presented. 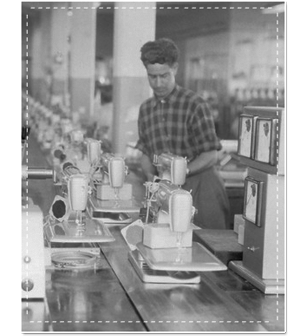 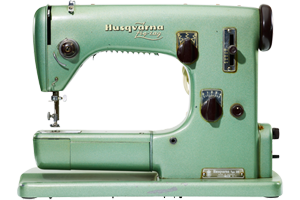 The class 20 was introduced. Exclusive features such as a gearshift transmission, a jam-proof hook that needed no oil, and one-piece, cast iron construction helped make this model a tremendous success. 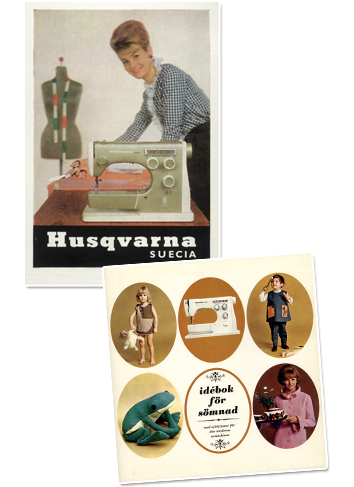 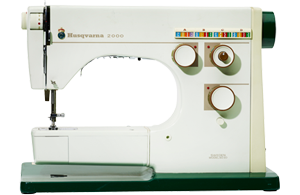 The Husqvarna Viking factory pioneered a development that led to the Husqvarna Centennial series, the first lubrication-free sewing machine. Also new were open thread guides, and easy to adjust foot pressure. Snap-on feet and micro-adjustment for buttonholes were also added.

The arrival of lettering

The world's first "writing" sewing machine, the 6690, was able to sew letters. 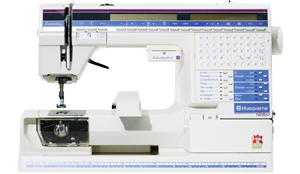 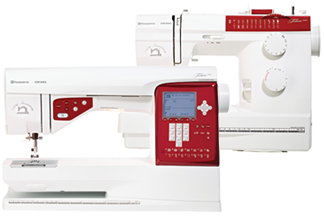 Since our first sewing machine, the NORTHERN STAR™ saw the light of day the HUSQVARNA VIKING® brand has been at the forefront of sewing innovations that delight sewers. As we celebrate our 140th anniversary, we present a specially designed Limited Edition line with two machines appropriately named TRIBUTE™ 140M and TRIBUTE™ 140C. 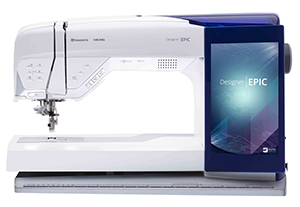 Thoughtfully Made for Sewers, by Sewers™

Our reimagined DESIGNER EPIC™ machine tailors the sewing experience around your wants and needs through the industry first tablet-like interface, the JoyOS ADVISOR™ feature with step-by-step animated tutorials, WiFi and cloud storage capability, the biggest, brightest, but yet lightest top-of-the-line machine on the market* and much, much more. The result is a brand new sewing experience where your own creative exploration can come to life in special ways.

The future of HUSQVARNA VIKING®

Now you know our story–how it all began and the tremendous developments we’ve made in sewing and embroidery. We are proud of our heritage. It inspires us every day. And we are especially proud that you, our loyal sewing enthusiasts, have been a vital part of our history and our future. The mission of Husqvarna Viking has always been to provide sewers all over the world with inspiration and a wide range of tools that make iteasy and fun to sew. We are excited about the innovations to come and continuing to spread the joy of sewing.